We took a quick day trip to Racso’s in Guimbal. It is only 1 jeepney ride away from the house (my unit of measure: walk, trike, 1 jeepney, 2 jeepney, 3 or more – oh crap). Anyway, none of us had been there before and did not know what to expect but my girlfriend and her cousin had heard it is nice. So we hop on a jeepney and p57 later the 3 of us are there. Guimbal is down the Iloilo-Antique road a few kilometers past Oton. Like I said 1 jeepney so not very far. The sign made it look like they had a little of everything. It is only p50 each to get in and the ticket stub is worth p50 credit at their store or pool. So if you buy some snacks or go swimming it is almost like getting in free. They also have only one price – I hate the tiered pricing for foreigners. I know they have it in the States too but I didn’t like it there either. (check out the Disney prices for Florida residents – almost sickeningly cheap ha ha)

It is right on the main road, no side streets, so you can not miss it. It is on the opposite side of the street from the beach. We went on a weekday so it was not very busy at all. I imagine it does much better on the weekends. The zoo portion is ok, but if you have been to any other zoo you will not be impressed. It ain’t the San Diego zoo (or even Dallas). Kind of old fashioned. Just animals in cages. No habitats to speak of. I think it is the first zoo I ever saw house cats and dogs on exhibit. But I don’t think Dalmatians are very common over here. I was surprised at how big the zoo portion was really. We went to a zoo in our Palawan city tour and although it was a much bigger piece of land there were far fewer animals. (more on that in my Palawan post). It was laid out pretty well and very shady, so it was a comfortable walk. They had a big main area in one half of the park with some deer, ostriches, cranes etc. Around that were snakes, a monkey (he looked lonely), dogs, peacocks, turtles, well I lost track of everything. The other side had the aquarium, the cats, a walk thru cave with lots of stuffed animals in various states of disrepair, and birds. This side also has the pool and restaurant. 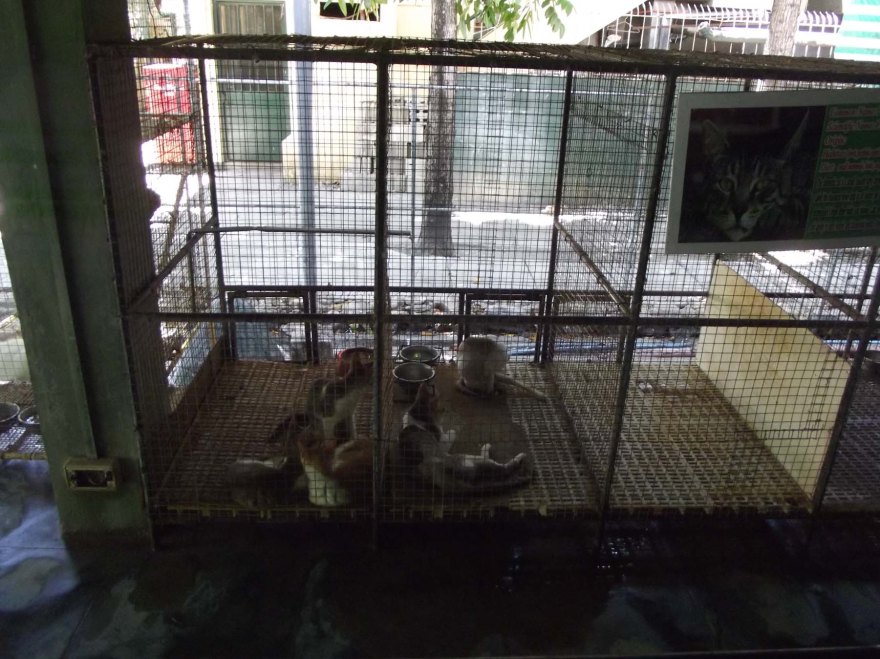 We stopped by the restaurant for lunch. A little overpriced but not as bad as you would expect ha ha. The restaurant is right by the pool and hotel rooms. They have a mini Olympic pool (does that just mean rectangular or is there a standard involved?). The kids pool has a cool waterfall. But we didn’t bring swim suits since we did not know what was here. They actually have a sign stating that swimsuits must be worn. The Filipino’s are known for swimming in their clothes. Kind of convenient really, you dry off quick enough in this heat. But alas no swimming for us today. While we were eating quite a few people started showing up. Lots of little kids. In the picture below you see Melane at lunch and behind her the building’ish looking thing is the waterfall in the kids pool. The water flows out all 4 sides and into the kids pool. Around the kids pool is the flowing river pool (called a lazy river usually in the US). On the right side of the steps you can see the edge of the mini Olympic pool. It is a pretty cool setup. I think it would be fun to swim here sometime. Oh, and the pool is not closed – the sign is turned away from the walk. but I accidentally got a good picture of it. 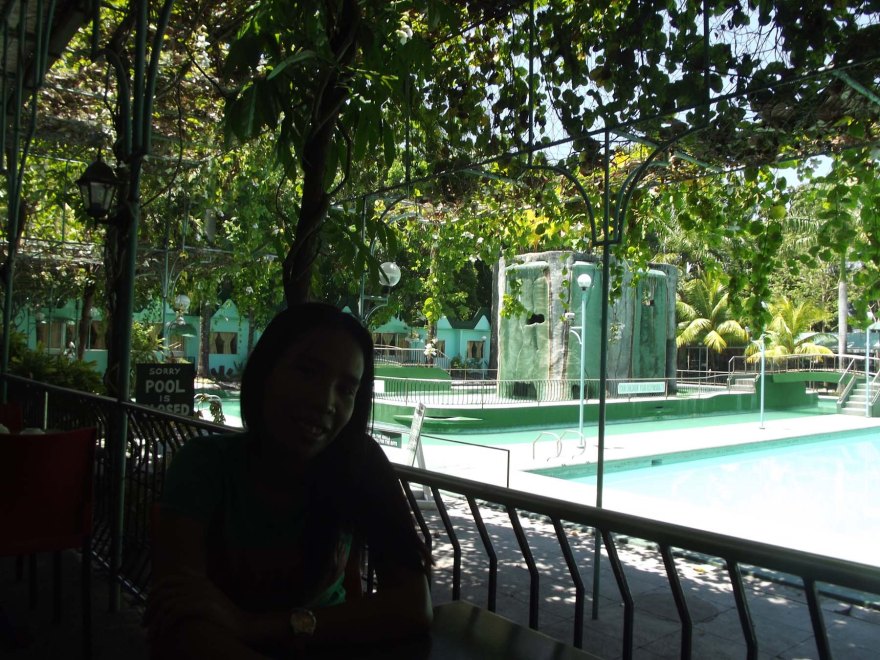 After lunch we strolled over to the picnic tables and spent our ticket stubs on ice cream at the snack bar. Congressman Garin owns Garinfarms, who makes the ice cream. It was pretty good. It is the first time I had seen the brand. They said a congressman owns the park – maybe Garin but I don’t know for sure (and don’t really care too much anyway). While eating our ice cream a lot more people started showing up. Maybe we just got there too early for a weekday. Still not too busy but pretty respectable crowd for a Tuesday morning.
Overall I had a good time. If you bring your swim suit you can easily make this at least a half day, maybe full day. I would not travel too far out of my way to come here but if you are in the area it is worth half a day to check it out.

At the jeepney stop waiting to go home 🙂